Top 10 most beautiful attractions of Vietnam 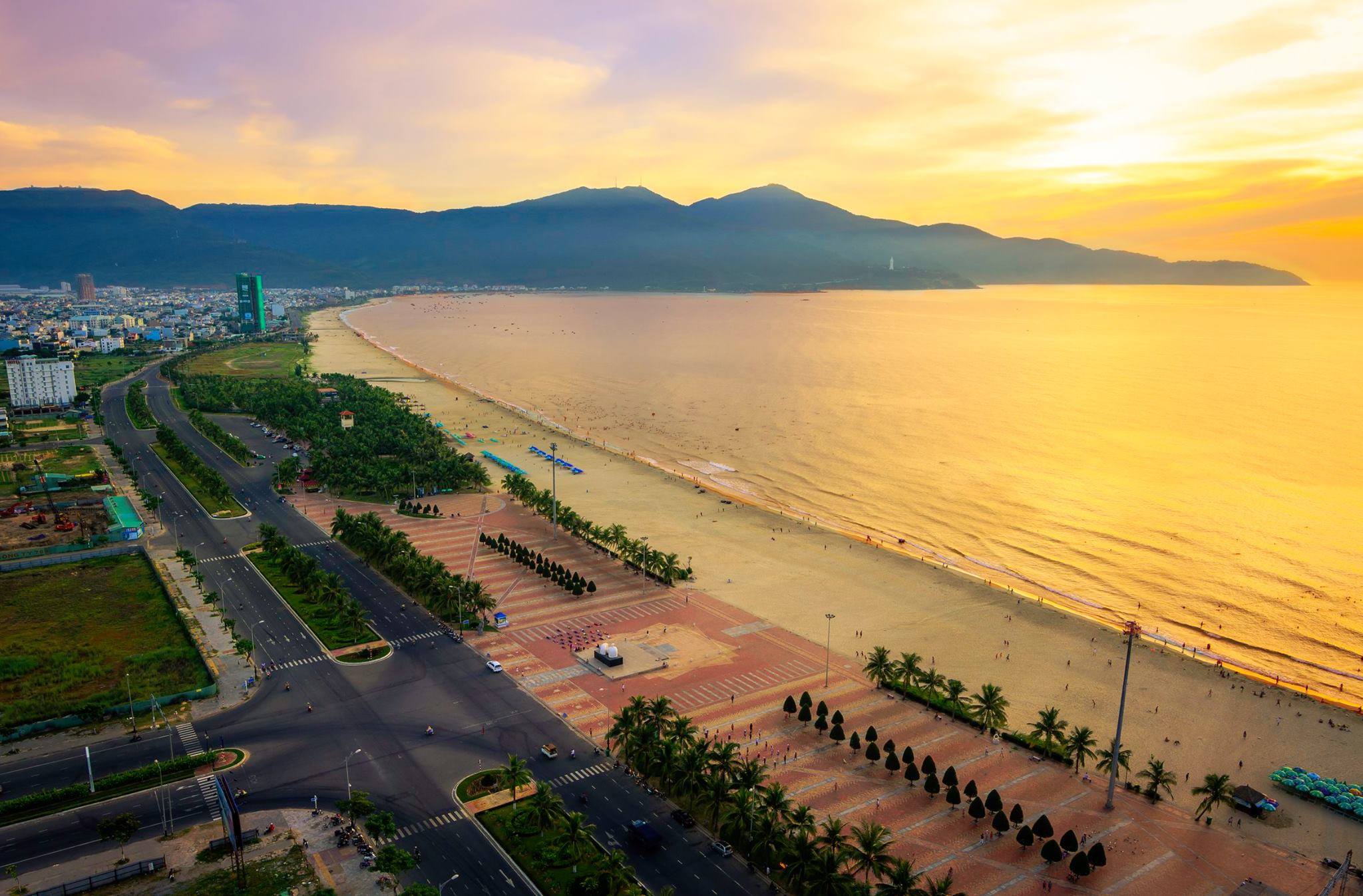 Halong Bay, Nha Trang, Phu Quoc, Da Nang, Hoi An … are destinations evaluated and voted as the top 10 most beautiful tourist destinations in Vietnam by international visitors. That not only owns abundant natural beauty that still existover many years history, kept the unique ethnic culture. Follow us to discover these great destinations.

Located on the western shore of the Gulf of Tonkin, Ha Long Bay is known for its story about a dragon dwells stay at sea has a unique beauty and variety of featured attractions.

With many small islands prominent on the sea, the system of limestone caves was brought to this place unique and amazing beauty by the lightness and subtlety of it.

Is limited to an area of dense clusters 355 km2 775 Islands, including 1,969 Islands is largely limestone islands have created strange polar landscape and eye catching for this Gulf Coast.

Ha Long Bay is also referred to as the jewel of northern-Vietnam, a perfect masterpiece of nature.

Thien Mu Pagoda – a famous tourist destination of Vietnam in Hue Citadel, has been built during the reign of the Nguyen Dynasty

People mentioning Hue with palaces and pagodas, tombs and temples, culture and cuisine of the ethnic history and magnanimous. Many comments also show that this capital, reminiscent more of the time of Nguyen Dynasty. Although many buildings and homes were destroyed in the ethnic war. However, the ruins here still have many national historical values.

Thien Mu pagoda is one of the unique beauty that you can’t miss when come to Hue with these unique events such as: Festival Hue, Hue arts programs, etc.

Hoan Kiem Lake also known as Hồ Gươm (Sword Lake), is a lake in the historical center of Hanoi, the capital city of Vietnam. The lake is one of the major scenic spots in the city and serves as a focal point for its public life.

In the eyes of the international press, Hanoi capital was known as one of Asia’s great atmosphere. Many people love Hanoi with very nice details such as pedestrians, vendors, enjoy morning coffee with fresh air at Hoan Kiem Lake or discover the beauty of Hanoi Old Quarter.

Danang City – most worth living city of Vietnam

If Da Nang is mentioned as one of the cities with rapid growth and development, its modernity also makes many people stunned by the rapid change. A series of resorts and hotels near My Khe beach is being built more and more.

Of the few attractions that belong to the city, Museum of Cham stands out with its rich collection of Cham artefacts. For those who crave for more outdoors activities, My Khe beach is a good place to spend time, either by yourself or with your loved ones. To the North and South ends of the city, Monkey and Marble mountains store some historical and religious symbols. If you want to escape the heat, Ba Na resort is a miniature of Da Lat, only with fewer tourists. Bring some warm clothes if you plan to visit this cottage-full place.
Da Nang is also a place for authentic local cuisines.

30 kilometers south of Da Nang, Hoi An is one of most ideal destination of Vietnam’s Central. Hoi An ancient town is an Eastern oriental classic captivation. With the strategic location on the banks of the great river, with one seaside border (East), it used to be one of the major trading centers in Southeast Asia.

Coming here, tourists can see a series of old – architectured lanes and houses has deeply plain roofs, old furniture in their cristine past arrangment etc. Hoi An is fortunate to be a cultural crossroads of the Cham culture in the very first southward expansion of Dai Viet.
While Hoi An’s old-fashioned charm is always visible, on the 14th of every lunar month modernity takes another step back. Most premium oriental and western style of architecture meet together here, making a unique ancient Hoi An, absorbing all tourists who are eager for classic beauty! Even you are not classic styled, you still want to see by yourself how a lively ancient world can cristinely survive in this new modern and high-tech era!

Phu Quoc carries the romantic beauty of the blue waves, captivating in the cool blue water of Co To sea.

Many people only know Phu Quoc with the romantic beauty of the blue waves, white sand flat, the diving tour interesting coral reef, place for the moment of comfortable rest. However, it is also one of the battlegrounds, a significant military base in the war against the French.

Besides, Phu Quoc is also considered an integral part of the Mekong Delta, bringing many unique and exotic beauties to visitors.

Sa Pa is a frontier township and capital of Sa Pa District in Lào Cai Province in north-west Vietnam. It is one of the main market towns in the area, where several ethnic minority groups such as Hmong, Dao (Yao), Giáy, Pho Lu, and Tay live.
Sa Pa ranked number nine in the top 10 rice terrace destinations of the world by SpotCoolStuff.com.

In the summer, although the weather is quite warm, it is not as hot as other regions in Vietnam. If you spend time in this town in the period between April and May, you will have the chance to see the wonderful scenes of many colorful flowers and a wonderful landscape that looks like a ladder climbing the sky of terraced fields.

In the winter, from December to February, the weather in Sapa becomes very cold, especially at night. However, in return, visitors will have the opportunity to watch the sunrise over the valley in the morning. In recent years, there is snow in Sapa. If you have chance to travel to this picturesque town on this occasion, you will definitely see quite a romance scene. And this is the reason why Sapa is always crowded at this time of the year.

Mui Ne is a popular tourist center region in the Centre of Binh Thuan Province, from Phan Thiet 22 km to the Northeast where it is a deserted Green Coast range with sand dunes that stretch as the desert and the fishing village of net the free agent waters.

The Mekong Delta also known as the Western Region or the South-western region is the region in southwestern Vietnam where the Mekong River approaches and empties into the sea through a network of distributaries.

A visit to the Mekong Delta is so memorable because of the region’s diversity. Everyday scenes include children riding on the backs of water buffalo or cycling to school through country lanes clad in white ao dai; rice workers stooping in a sea of emerald; market vendors grinning behind stacks of fruit; bright yellow incense sticks drying at the roadside; flocks of storks circling over a sanctuary at dusk; Khmer monks walking mindfully in the shadow of pastel pagodas; locals scampering over monkey bridges or rowing boats on the delta’s maze of channels.

The tunnels of Củ Chi are an immense network of connecting underground tunnels located in the Củ Chi District of Ho Chi Minh City (Saigon), Vietnam, and are part of a much larger network of tunnels that underlie much of the country. The Củ Chi tunnels were the location of several military campaigns during the Vietnam War, and were the Viet Cong’s base of operations for the Tết Offensive in 1968.

The tunnels were used by Viet Cong soldiers as hiding spots during combat, as well as serving as communication and supply routes, hospitals, food and weapon caches and living quarters for numerous North Vietnamese fighters. The tunnel systems were of great importance to the Viet Cong in their resistance to American forces, and helped to counter the growing American military effort.

Nha Trang beach city is well known for its pristine beaches and excellent scuba diving and is fast becoming a popular destination for international tourists, attracting large numbers of backpackers as well as more affluent travelers on the Southeast Asia circuit. It is already very popular with Vietnamese tourists. Nha Trang Bay is widely considered as amongst the world’s most beautiful bays.

Nha Trang is one of the most important tourist hubs of Vietnam, thanks to its beautiful beaches with fine and clean sand and the clear ocean water with mild temperatures all year round. There are several resorts—such as Nha Trang Vinpearl Land Resort, Diamond Bay and Ana Mandara—and amusement and water parks, both in the city and on islands off the coast. The possibly most beautiful street of Nha Trang is Tran Phu Street along the seaside, sometimes referred to as the Pacific Coast Highway of Vietnam.